We've been speaking with our Natu, our Head of Causes, to find out how he first got involved with the third sector, how he feels it needs to revolutionise itself and the way it engages with the world, and why you should sign your cause up to Ethical Angel.

What’s Your Role at Ethical Angel?

As Head of Causes at Ethical Angel, I am tasked with spreading the word about what we do and making sure our charity and nonprofit users get the best experience possible. This gives me the unique opportunity to meet with charities and nonprofits around the globe and learn about the amazing work they do. It's a great pleasure and honour as we’re able to provide them with a solution which we are constantly adapting and evolving to help global causes access the support they need, as and when they need it.

When Did You First Start Becoming Interested in the Third Sector?

I’ve always been interested in the nonprofit sector as a whole - The concept of an individual's work having a tangible and directly positive impact, not only as a feature of the role but in it’s object? In a world where profit is king, satisfaction like that is hard to come by and often undervalued. When I finished my degree I had no idea what I wanted from my career, but I was certain that whatever I did needed to have impact at its core.

I studied politics but wasn’t really interested in delving into it any further after university, perhaps that’s apathy or a touch of ‘imposter syndrome’ as a young black man from a council estate in Islington... Nonetheless after picking up a degree, I’d found I’d had enough of the subject. Similarly, the graduate schemes and entry-level roles my friends were picking up didn’t feel like my calling. That’s not to say that jobs and sectors that operate for profit cannot do good, or aren’t worth working in, as each and every working person actively contributes to society as we know it, abiding by the unwritten social contract that underpins the order, systems and institutions around us. The problem arises when people, communities, ecosystems and the environment are left behind.

When Did You First Get Involved with Charities?

After university, I went out and picked up jobs in retail and hospitality to maintain myself whilst looking for ways to volunteer my time at local charities and other organisations I cared about. I thought this would keep things ticking over whilst I figured out exactly what I wanted from my career. I began volunteering at my mother’s friend's local charity, Community Language Support Services - supporting refugees and asylum seekers from East Africa and the Middle East to settle into the UK - after some initial difficulties getting to grips with their rather old fashioned physical filing system and admin processes, I got comfortable enough to start supporting case workers, working with clients, helping them to access vital services, benefits and translating important messages - ensuring they could communicate with healthcare professionals, all things we take for granted, but some cannot afford that luxury.

I spent some time with Amnesty International - street fundraising. I was able to learn about some of the cases and people they were campaigning for, the cruel abuses of rights and total disregard for humanity that people were facing which were quite literally unfathomable. Beyond understanding.

What Differences Did You Notice While Working With Different Charities?

Now, Amnesty International is a massive, global charity, whilst the little local charity I worked for had a team of three people, two part-timers. The experiences were day and night, and the challenges on a day to day basis were totally incomparable… However different those experiences were, oddly enough they sparked the same realisation: These organisations exist to highlight the needs of people, communities, ecosystems, environments that have been forgotten. Nobody wants a massive third sector, not even the third sector organisations want that. It is indicative of our collective failure to treat issues at the root and truly meet the needs of people and the planet. So why do so many third sector organisations exist? There are over 180,000 registered charities on the UK charity commission database, not accounting for micro-charities, grassroots initiatives, community collectives and other people who organise for good. So, it’s quite interesting to explore why in a highly developed nation like ours, that so many charities exist? Is this the most efficient and effective way for the sector to be working?

Why Do You Think There Are so Many Charities in the UK?

The answer is quite simple, it is not for a lack of resource, but a lack of balance - profit drives innovation and the continued development of society, but even in an increasingly digital world, people are the cornerstone of profit. We cannot replace human creativity or in fact the environment we live in, despite Elon Musk’s claims that we ought to move to Mars. But we continue to funnel resources into the private sector, often even at the expense of people and the planet around us.

Do You Think Corporations Could Be Doing More to Support the Third Sector?

Corporations are held to increasingly high standards around their social and environmental contributions, however, the changes are yet to be reflected in how resources are distributed. Not for a want of trying in all cases, but perhaps simply because the private and nonprofit sectors operate on completely different wavelengths, from how they communicate and operate to how they measure success. Naturally, they find it difficult to collaborate effectively.

What Changes Are Needed in the Sector?

For me personally, it’s been an insightful journey. My interest began with exploring how I could personally add value and deliver impact by supporting causes close to my heart, but having gathered some experience within the sector I started to ask myself… whilst the organisations that do exist do amazing work and maximise the resources they have, delivering their vision one beneficiary at a time, how many of these wonderful organisations will achieve their mission in the near future? As long as the sector is subjected to restricted funding and limited resources, I worry the number of organisations will keep growing which is indicative of a society and environment in need. But the resources are available, whether we’re discussing a spare pair of hands or cold hard cash. The pandemic alone illustrated that. Thousands and thousands of people were ready and willing to give back as volunteers or by donating to organisations who needed it. So, the reason why I do what I do is simple: To revolutionise the third sector and help nonprofits to access the resources they need, not only to survive and attempt to mitigate the forces that compelled them to mobilise, but to empower them to work efficiently, effectively and collaboratively to achieve their missions, within the sector and beyond.

Do You Think the Sector Really Needs to ‘Revolutionise’ Itself to Achieve Its Goals?

That is why and how I ended up at Ethical Angel. I believe we need to reimagine the way the third sector engages with the world around it and that starts by empowering them with the resources, like skills and the knowledge required to achieve their goals. By providing mechanisms for resources to easily be shared, with impact as the metric for success, nonprofits can provide greater value to the world not only by solving its problems, but also as educators and leaders for the world around them. I wanted to be the Head of Causes at Ethical Angel because I believe that our community and every charity and nonprofit across the globe deserves more - and that if we invest in them, our communities, environments and societies will reap the benefits in ways we could never have previously imagined.

How Do You Think Ethical Angel Is Helping to Revolutionise the Sector?

At Ethical Angel, we have developed a unique, outcome driven approach to serve the needs of nonprofits, with a focus on skills, development & most importantly... impact.

We recognise that the needs of charities are valuable to society, so we curate projects based on the needs of our community of charities and nonprofits. Using technology, we’re able to match them with industry experts who have the skills and passion to help. It’s a totally new approach that is delivered totally remotely, removing the need for in-person interaction.. This means whether you’re a small grassroots organisation in a remote location or a massive international NGO, you get the same exposure to experts and leaders who can help you achieve your goals at no cost - and that is totally unprecedented.

Just imagine a world where charities and other non-profits could access exactly what they need as and when they need it. Where access to volunteers, resources, funds are readily available no matter whether you’re a local organisation or a massive global NGO. Where all of these organisations can showcase tangible and significant progress, month on month, year on year in working to achieve their mission, so that 180,000 UK charities don’t have to exist, because we’re working towards holistic solutions to problems, rather than adding to them.

What Would You Say to Third Sector Organisations Who Don’t Currently Use Ethical Angel?

Please take advantage of this service. We've heard it all before, 'it's too good to be true', or 'isn't there a hidden cost somewhere?'. There is no catch. We have thousands of skilled volunteers waiting to support your cause, and share their time and knowledge with you.

The experience is totally frictionless. as well. Signing up takes less than ten minutes and every resource we offer is totally free. You can shoot us an email if you have any questions or would like to learn more - the team is always willing to help.

Join our weekly intro webinar to personally meet me, network with other charities and nonprofits and find out how you can access our network of experts - I’d love to see you there!

Make sure you don’t miss out. Click here to register for our intro webinar.

What does the United Nations think of Ethical Angel and the SDGs? 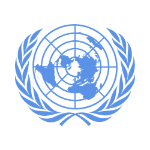 What does the United Nations think of Ethical Angel and the SDGs?